Why Look to Agriculture and Bioenergy?

As the world population continues to grow at an exponential rate, the ability to nourish this planet’s inhabitants with clean water and safe, healthy food are of paramount importance. This paper describes some of the considerations for and impacts of the demand for the production of food in developed and developing countries on energy resources, and ways in which advancements in on-farm, bioenergy production systems may help farms achieve the incredible production requirements of the next thirty years. Our challenge is to expand agriculture’s output to accommodate the increasing population, without hindering its environmental footprint.

Today only roughly two percent (2%) of the population produces the food for our plant. This includes all the fruits, vegetables, meats and dairy products that the world’s population of over 7 billion people acquires and eats from markets, grocers, and restaurants. Our global population is projected to exceed nine billion people by the year 2050, all of who will need to be supplied with food derived from the farms of the future. Through technological advances, and improvements in motorized equipment, each farmer is now able to feed roughly 150 people, compared to only 19 people in the 1940’s (Prax, 2010). In the year 2050, a farmer will be required to feed at least 200 people, and based on the rate of reduction in both the number of farms and the amount of land under agricultural production, that number may reach 300 people. But what will these ‘Farms of the Future’ be like? The number of actively producing farms in the developed world has suffered a slow, steady decline over the past two decades, while the global demand for fresh foods, protein and feedstocks have steadily increased. How will we feed a population of more than nine billion with fewer and fewer farms, and how will we feed the livestock needed to feed the increased population? 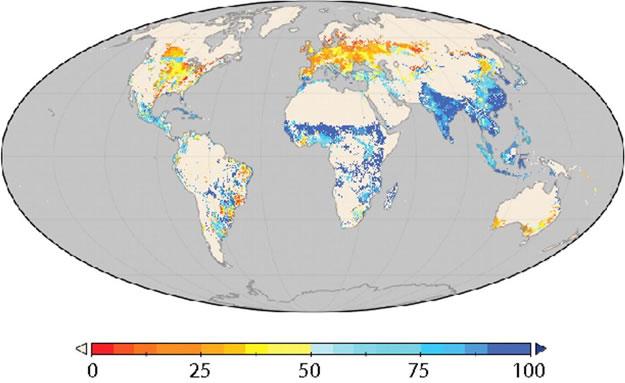 The growth in our global population also means a growth in the need for clean water, which is a somewhat fixed volume on planet Earth. More importantly, though, the growth in the demand for clean water for drinking purposes also places a greater constraint on the amount of fresh water available for irrigation of crops and to provide for the drinking water required of livestock. The increase in our population means much greater demands for energy – for everything from transportation, lighting, and communications devices to water treatment, agricultural production, and food processing. The culmination of these increasing demands on our planets finite resources has been dubbed by many as the “Food-Water-Energy Nexus.”

The interdependency of agriculture, water, and energy has become commonly referred to as “the Nexus.” This term does not indicate a crossroads, where a pathway to agricultural production is independent of impacts on water supply and energy availability. Instead, it denotes a relationship of give and take: the decisions we make to utilize, exploit, or economize one of these critical elements of human existence are likely to have broad-reaching impacts on the other two. 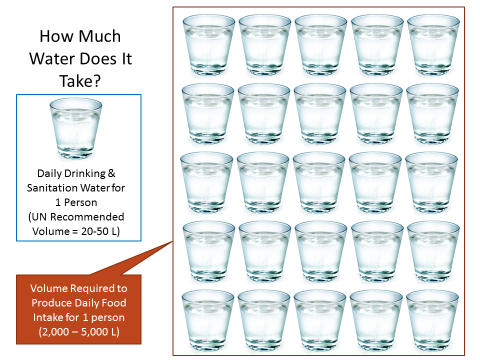 The realization of these interdependencies, and more importantly, the fragility of the balance of satisfying these needs must lead us to proactively invest in agricultural innovations, as much as we have with water and energy. The needs for energy innovations have been wildly popularized in society, such as may be seen through promulgation of solar panels the world-over. Similarly, water sustainability innovations, such as reclaiming water from wastes, water conservation devices, and even desalinization. However, the drive for innovations in maximizing the productivity of healthy foods through sustainable agricultural practices seems, by many, silent in comparison.

There is no doubt that the ‘Farms of the Future’ must be able to be self-sustaining; but what does that mean? Will they be able to take the manures from livestock, swine and poultry, convert them to biogas to run the machinery serving their farms, and also provide the nutrient-rich fertilizers for their crops, and bedding for their animals? Will they be able to return nutrients, water, and carbon to the land in which the food is produced in such a manner that none is wasted (meaning the only export from the farms is the food products that are to be consumed, rather than in the form of air emissions, water waste, and exported solid wastes)? What alternate sources of revenue may be developed to sustain small, locally sourced farms?

This presentation will discuss how farms of the future can prepare to deal with issues of climate change and greenhouse gas reduction and what is needed in agriculture, water conservation, and stewardship to prepare our world for the additional people inhabiting the Earth in 2050. 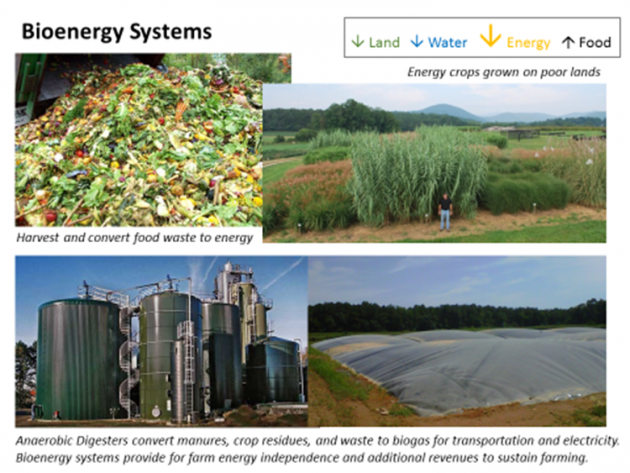