Over half of the nitrogen (N) excreted from broiler chickens is lost to the atmosphere as ammonia (NH3) before the manure is removed from the barns, resulting in air and water pollution and the loss of a valuable fertilizer resource. A two stage exhaust scrubber (ARS Air Scrubber) was developed by scientists with USDA/ARS to trap ammonia and dust emissions from poultry and swine facilities. One objective of this study was to determine the fertilizer efficiency of N, which is mainly present as ammonium (NH4), captured from the exhaust air from poultry houses using acid scrubbers, when applied to forages. The second objective was to determine if any of the scrubber solutions resulted in a decrease in phosphorus (P) runoff or soil test P.

This study was conducted using 24 small plots (1.52 x 6.10 m) located on a Captina silt loam soil at the University of Arkansas Agricultural Experiment Station. There were six treatments in a randomized block design with four replications per treatment. The treatments were: (1) unfertilized control, (2) potassium bisulfate (KHSO4) scrubber solution, (3) alum (Al2(SO4)3.14H2O) scrubber solution, (4) sulfuric acid (H2SO4) scrubber solution, (5) sodium bisulfate (NaHSO4) scrubber solution and (6) ammonium nitrate (NH4NO3) fertilizer dissolved in water. The four scrubber solutions, which were obtained from scrubbers attached to exhaust fans on commercial poultry houses, and the ammonium nitrate solution were all applied at an application rate equivalent to 112 kg N ha-1. Forage yields were measured periodically throughout the growing season. A rainfall simulation study was conducted five months after the solutions were applied to determine potential effects on P runoff. 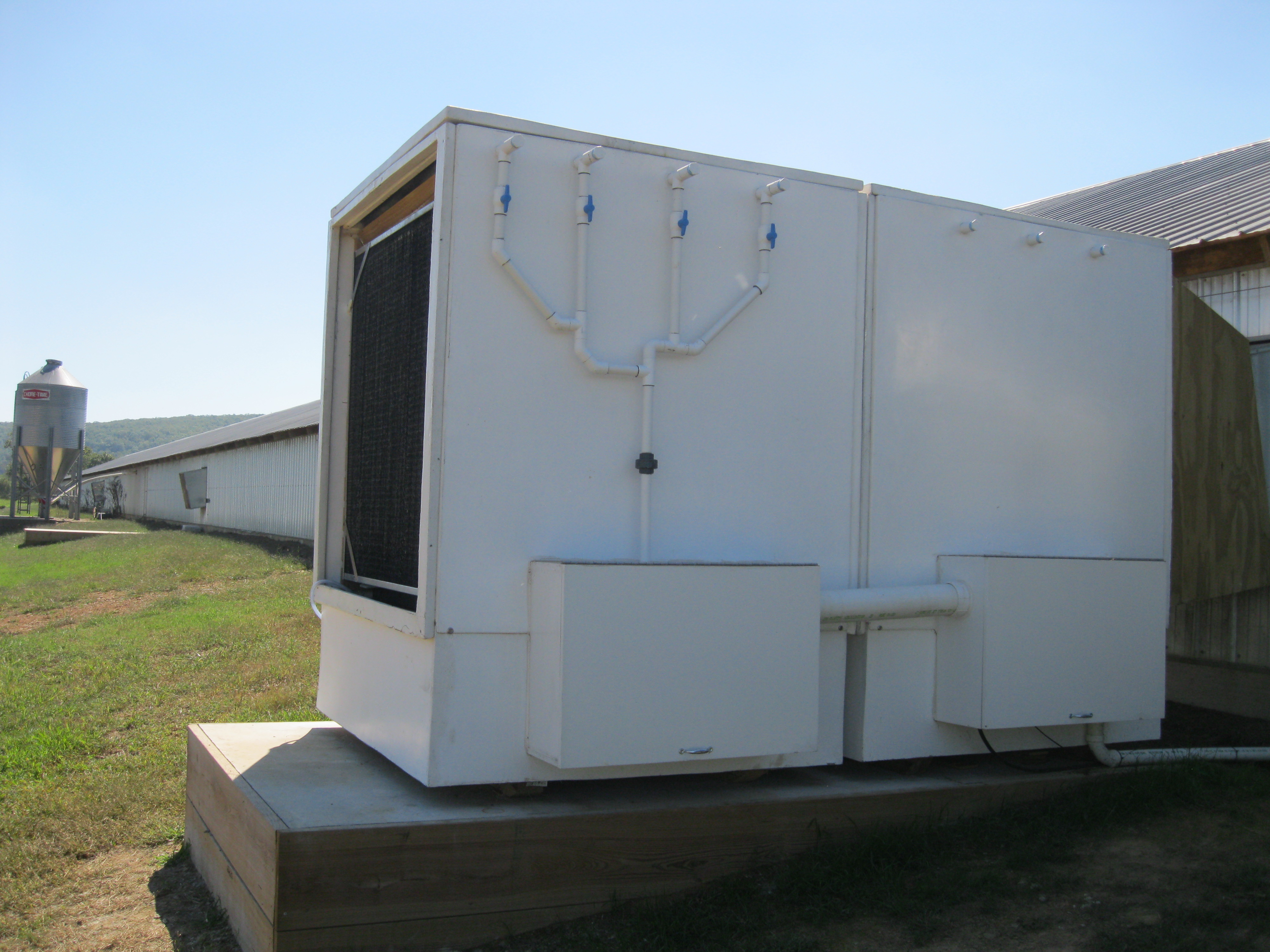 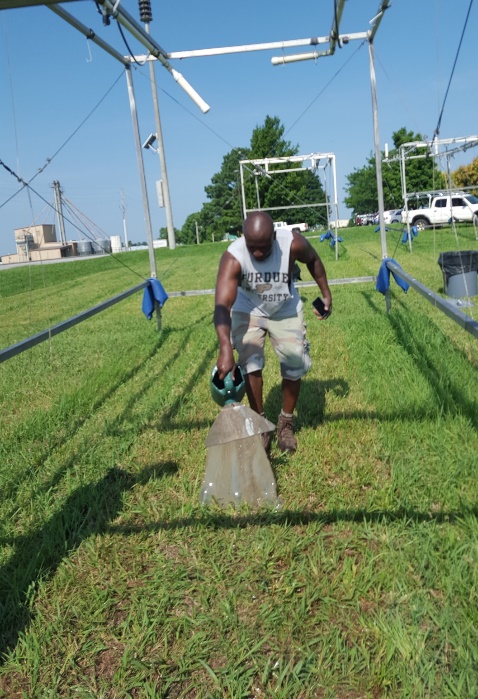 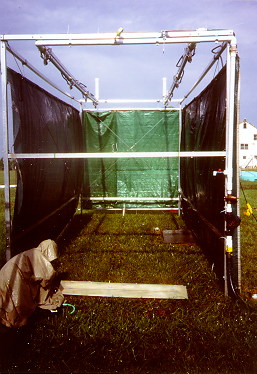 Forage yields (Mg ha-1) followed the order: potassium bisulfate (7.61), sodium bisulfate (7.46) > ammonium nitrate (6.87), alum (6.72), sulfuric acid (6.45) > unfertilized control (5.12). These data indicate that forage yields with scrubber solutions can be equal to or even greater than that obtained with equivalent amounts of N applied as commercial fertilizer. This is likely due to the presence of other nutrients, such as K in acid salts, like potassium bisulfate. Nitrogen uptake followed similar trends as yields, although there were no significant differences among N sources.

Total P loads in runoff were 37, 25, 20, 19, 17, and 14 g P ha-1, for sulfuric acid, potassium bisulfate, sodium bisulfate, unfertilized control, ammonium nitrate, and alum. The alum solution resulted in significantly lower P loads than H2SO4. This was likely due to a decrease in the water extractable P (WEP) in the soil, since alum was also shown to significantly reduce WEP compared to the unfertilized control. None of the treatments affected Mehlich III extractable P.

Currently research is underway on using acid-tolerant nitrifying bacteria to generate the acidity needed to capture ammonia in the exhaust air from animal rearing facilities.