These webcasts have been approved for 1 continuing education unit (each) as part of the American Registry of Professional Animal Scientists (ARPAS) program. To receive CEUs, view a live or archived webcast, complete an evaluation (if available), and contact ARPAS, 217-356-5390 to have the credit applied to your CEU balance. Repeat this process for each webcast being utilized for CEUs.

If you experience difficulty in viewing webinars, please visit our webinar troubleshooting page:

The next webinar will be held in February, 2023. It will be focused on manure and soil health. More information coming soon.

The webinar will be archived and available for on-demand viewing early the week following the presentation. Go to webinar archive…

How Do I Get CEUs?

If you have difficulties playing back one or more of the webinars, visit our webinar troubleshooting page. 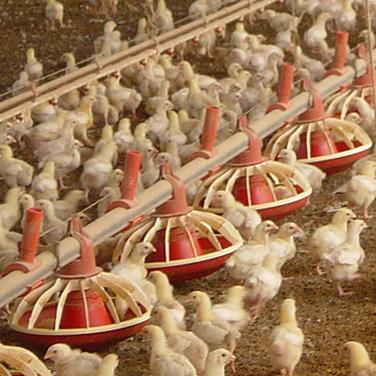 The Livestock and Poultry Environmental Learning Community offers a free monthly webinar on a variety of issues related to animal manure management.

The next webinar will be held in February, 2023. It will be focused on manure and soil health. More information coming soon.

The upcoming webinars will continue to include air and water quality topics. As webcast topics and speakers are finalized, they are posted at Upcoming Webcasts and announced in the newsletter.

The webinars are presented live on the third Friday of each month (some exceptions apply) at 2:30 pm (eastern), 1:30 pm (central), 12:30 pm (mountain) and 11:30 am (pacific). All webinars are recorded and archived for on-demand viewing.

Due to system changes in the summer of 2016, the URL for the webinar will change each time, so please plan to connect through the Live Webinar Information page.

Each archive includes the video segments, presentation slides, written summaries of the question and answer session (when available), links to additional information, and access to individual segments within each webinar.

You have two options for finding and archived presentation:

The webcast series has been approved for Continuing Education Units (CEUs) through the Certified Crop Advisers (CCA) and to members of the American Registry of Professional Animal Scientists (ARPAS).

How Do I Participate in a Webinar?

Past webinars are available at Webinar Archive

When Are Webinars Held?

The one-hour webinar seminars are typically held on the third Friday of each month at 2:30 pm (eastern), 1:30 pm (central), 12:30 pm (mountain) and 11:30 am (pacific). This schedule is subject to change. To view a webinar, connect through the Live Webinar Information page.

For centuries, animal manure has been recognized as a soil “builder” because of its contributions to improving soil quality. Environmental benefits are possible from manure application if manure and manure nutrients are applied and timing and placement follows best management practices. When compared to more conventional fertilizer, manure properly applied to land has the potential to provide environmental benefits including:

Manure contains most elements required for plant growth including N, P, potassium, and micronutrients (Manure as a Source of Crop Nutrients and Soil Amendment). However, it is manure’s organic carbon that provides its potential environmental value. Soil organic matter is considered nature’s signature of a productive soil. Organic carbon from manure provides the energy source for the active, healthy soil microbial environment that both stabilizes nutrient sources and makes those nutrients available to crops.

Each archive page contains video clips, presentation slides, written summaries of the question and answer session (when available), and links to additional information.

Webinars require Flash Player (already installed in 98% of web browsers). The power point presentations and other documents are available in PDF format and require Adobe Reader to open.

Digesters are of interest with regards to climate change, energy, air quality, and water quality. However, digesters are capital-intensive and difficult to maintain. Profitability of a farm-based digester usually requires utilizing the energy, carbon credits, tipping fees, and marketing other co-products such as manure solids that are separated out and composted.

The Environmental Protection Agency’s AgSTAR program has a website http://www.epa.gov/agstar/ with information to assist livestock producers who are considering installation of a digester.  The website contains a database of farm digesters that are operating in the United States or that have operated in the past.  It also provides a spreadsheet-based screening tool to help assess the potential feasibility of a project based on factors such as the feedstock, onsite conditions, the system type and size, and the planned biogas use.

What does a digester cost to install?  Costs will vary widely depending on the situation, but the two sources discussed below show what some recent dairy farm digester installations have cost. The reports are the 2015 article by Manning and Hadrich, and the annual reports of the California Department of Food and Agriculture’s Dairy Digester Research and Development Program (CDFA).

The CDFA funded 117 dairy farm projects between 2015 and 2021.  All but one of them were covered lagoon digesters (see the fact sheet by Hamilton for a discussion of digester types).  Those funded in 2015 generated electricity, but most of those funded in 2017 and later have renewable natural gas (RNG) as the end-use of the biogas.  The AgSTAR database lists the herd sizes for 19 of these digester projects that are producing RNG.  For those projects, the average herd size was 7,479 cows and the average project cost was $947/cow or $4,384,479 total before deducting the CDFA grant.  For the entire group of 117 projects, the CDFA grant funds covered 33 percent of the total cost.

Manning and Hadrich report on 12 California dairy operations that had installed digesters and were using the biogas to generate electricity.  They found that in 2014 the average initial cost of a lagoon system was $1.1 million ($869/cow with an average herd size of 2,496 cows) while a plug-flow system was $ 1.5 million ($1,114/cow and 1,620 cows).  Subsidies covered around half of the initial investment on average.

In the digital world in which we live today the public is presented with an overwhelming quantity of information, much of which is unscientific. In this webinar we will apply the lessons learned from antimicrobial resistance and health communications to more science communication challenges. This presentation was originally broadcast on August 14, 2020. More… END_OF_DOCUMENT_TOKEN_TO_BE_REPLACED

As poultry genetics, management practices and industries evolve, so do manure and litter characteristics. This presentation was originally broadcast on June 19, 2020. More… END_OF_DOCUMENT_TOKEN_TO_BE_REPLACED