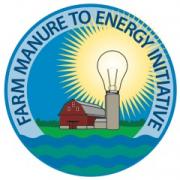 Technologies to treat animal manure are rapidly gaining more traction as producers search for ways to minimize environmental impact and maintain a profitable operation. In the conclusion of this 2-part webcast, the focus continues on a thermal technology, pyrolysis, and the resulting biochar. Biochar impacts on soil carbon and fertility is discussed as well as how biochar as a soil amendment affects microbial life within the soil. This presentation was originally broadcast on August 21, 2015. More… END_OF_DOCUMENT_TOKEN_TO_BE_REPLACED

Technologies to treat animal manure are rapidly gaining more traction as producers search for ways to minimize environmental impact and maintain a profitable operation. In the conclusion of this 2-part webcast, the focus continues on a thermal technology, pyrolysis, and the resulting biochar. In part 1 of this 2-part webcast, we will provide a general overview of the history of biochar use, how biochar is produced, and give examples of how biochar is being used for agronomic and environmental purposes. This presentation was originally broadcast on July 17, 2015. More… END_OF_DOCUMENT_TOKEN_TO_BE_REPLACED