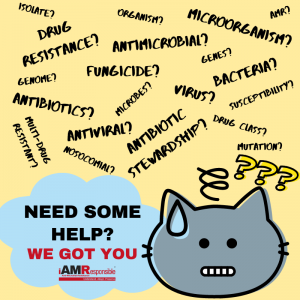 If you are just starting to learn about antimicrobials and resistance, first off welcome to the club, we are so happy to have more microbe obsessives! Second, we guessed you might have been encountering some words or concepts that you haven’t heard before. So, we’ve put together this visual glossary for you to explore. Search the table below for a word or unfamiliar phrase and you’ll find a definition AND videos or other websites where you can learn more about that concept.

END_OF_DOCUMENT_TOKEN_TO_BE_REPLACED

Report on research conducted at the University of Nebraska, originally printed in the 2021 Nebraska Beef Cattle Report.

Report on research conducted at the University of Nebraska, originally printed in the 2021 Nebraska Beef Cattle Report.

Manure application to agricultural land benefits soil health and agronomic yields. However, as antibiotic resistance becomes a more serious threat to public health, there is concern that antibiotic resistance originating from livestock manure could impact human health through contamination of the environment or food. This study sought to quantify this risk by monitoring concentrations of antibiotic-resistant bacteria and genes in fallow soil during the period of October through April, representing fall manure application through spring planting. Resistance to three common antibiotics – tylosin, azithromycin, and tetracycline – was monitored following application of fresh, stockpiled, or composted beef feedlot manure, or inorganic fertilizer. Overall, concentrations of all monitored resistant bacteria were below the detection limit for enumeration. Results indicate that while all the manure treatments increased at least one measure of antibiotic resistance during the sampling period, by the final sampling day antibiotic resistance prevalence and concentrations in manured plots were not significantly different from soil receiving no fertilizer treatments.   END_OF_DOCUMENT_TOKEN_TO_BE_REPLACED

Antimicrobial resistance is a challenge that many face today in the agricultural field. As antibiotics and supplements are given to farm animals and their manure applied to crops and pasture, microbes are demonstrating resistance to antibiotics in agricultural settings. These bacteria have also been found residing in surface water bodies after being influenced by agriculture or animal production. These highly resistant bacteria have caused problems for human health with exposure to these bacteria.

END_OF_DOCUMENT_TOKEN_TO_BE_REPLACED

The iAMResponsible Project team, a nationwide extension effort for addressing AMR, has developed a shared resource library to curate and translate the latest news and research findings on AMR for a non-technical audience. This library is designed to provide educators and advisors with access to resources that will assist you in your discussion of antimicrobial resistance.  Please feel free to share and re-purpose educational products in this library with local audiences. END_OF_DOCUMENT_TOKEN_TO_BE_REPLACED 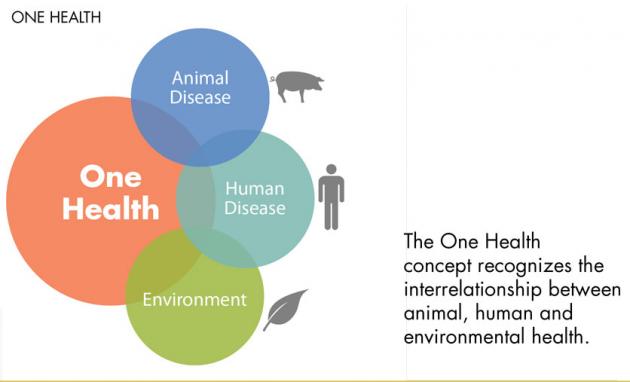