Passive composting is probably the most common method used today because it involves simply stacking feedstocks and leaving them to compost over a long period of time. Very little, if any activity is performed on the pile once it has been constructed. Initial composting parameters can be controlled but are not usually maintained during the entire process. This process relies on mother nature to draw cool air and oxygen into the pile as the warm air is released. This process is commonly referred to as the chimney effect. 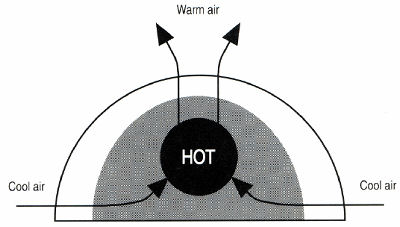 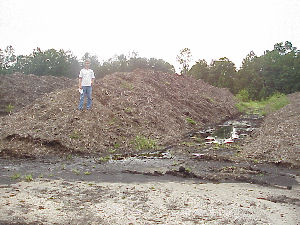