Previous research conducted in western Washington State has demonstrated that when manure N is applied at rates greater than needed for grass uptake, excess N in soil in the form of nitrate-N can leach to shallow groundwater during the months of high rainfall. In a prior study, it was evident that tillage and reseeding of the cropland was a contributor to loss of nitrate–N from soil to underlying groundwater. The objective of this study was to characterize the effect of re-seeding of cropland using minimum tillage and conventional tillage methods on crop uptake of nitrogen, soil nitrate-N concentration, nitrate concentration in shallow ground water underlying the field, and the relationships between these matrices.

What we have learned? 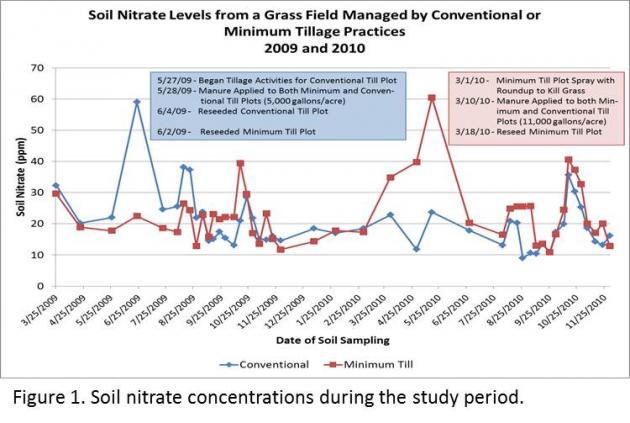 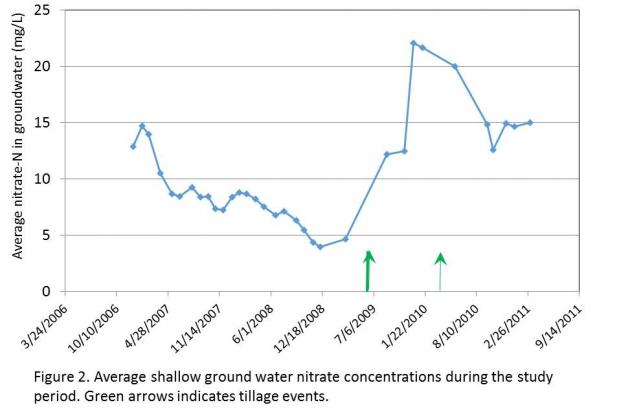 A study has been proposed to characterize the effect of converting the grass field to corn silage and determine uptake of nitrogen, soil nitrate-N concentrations, nitrate concentrations in shallow ground water underlying the field, and the relationships between these matrices.