Use of dairy manure as the sole source of nitrogen can lead to increased amounts of P in soil. In addition, P reserves around the world are finite and technologies are needed to effectively capture excess P in manure for the purpose of recycling to areas and crops in need of P.

During the past decade we have adapted a fluidized bed technology to effectively recover P from liquid dairy manure in the form of struvite (magnesium mono-ammonium phosphate). A starter amount of struvite is placed at the bottom of an inverted cone that forms the fluidized bed for producing additional struvite. Manure that has been pre-treated is pumped up through the bottom of the cone to create the swirling action of the fluidized bed. To effectively form struvite, P in manure has to be dissociated from Ca, before subsequently binding with Mg and NH3. The fluidized bed technology was originally demonstrated with swine manure which is relatively lower in Ca compared to dairy manure. Due to the greater content of Ca in dairy manure we determined that it was necessary to lower the pH in dairy manure so that P could be free of Ca and available to form struvite. The pH has been most successfully lowered with use of sulfuric acid. As the low-pH manure is pumped up through the cone, ammonia is injected into the bottom of the cone to raise the pH and promote formation of struvite. The struvite we produced has been used as an effective fertilizer for growth of triticale, oats, corn silage and alfalfa. 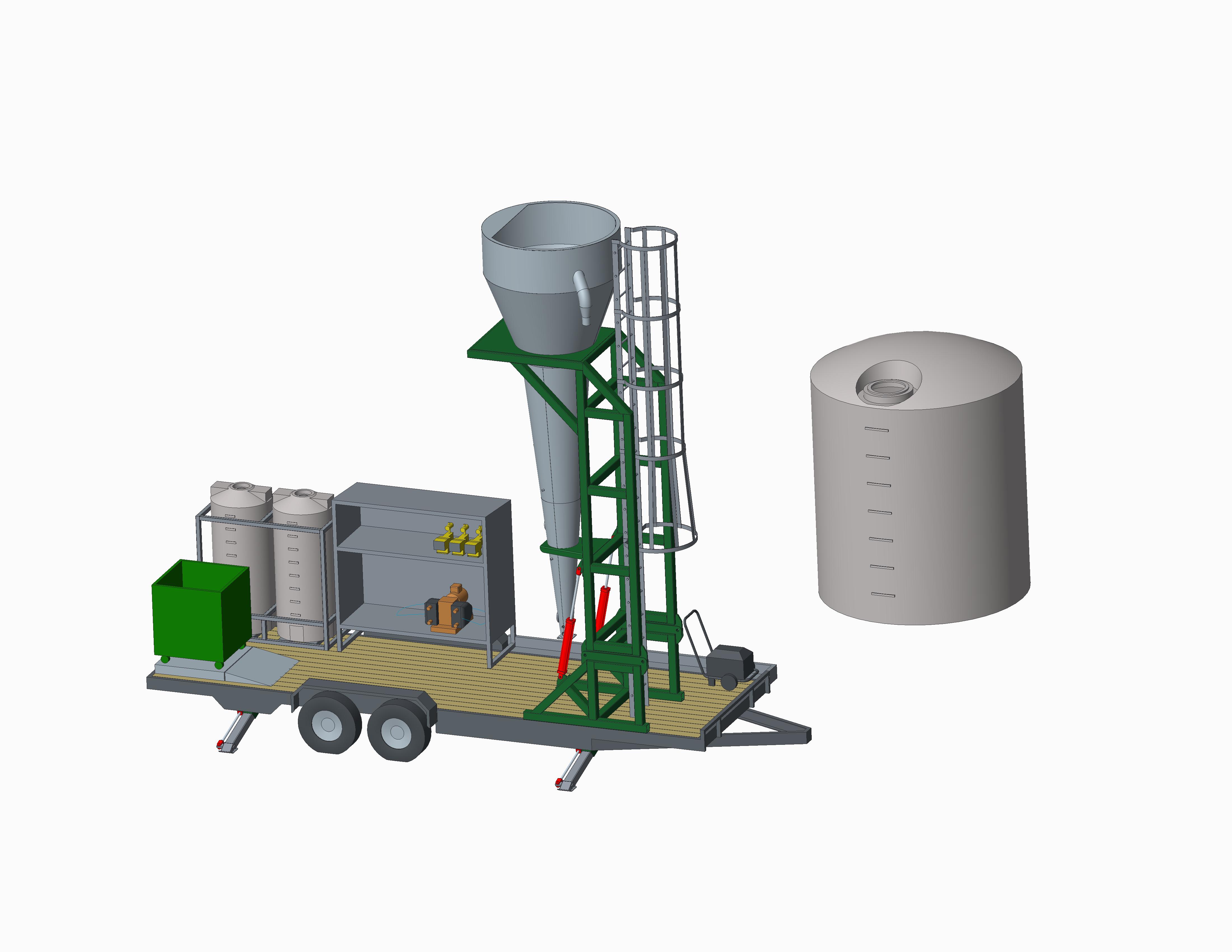 Agriculture and human waste water industries have shown interest in this technology for the capture of P. The technology has been demonstrated as stationary units at three dairies, and has also been adopted by the human waste water plants. Phosphorus removal from dairy manure has been greater than 50%. Greenhouse and field plot studies compared struvite to mon-ammonium phosphate (MAP) and results indicated that struvite was comparable or superior compared to MAP in acidic soils and inferior to MAP in alkaline soils.

Our current project will involve the demonstration of a mobile system that can be easily transported from dairy to dairy on a 24 foot trailer. Struvite that is captured from each dairy will be used in agronomic studies to promote a nutrient recycling relationship.